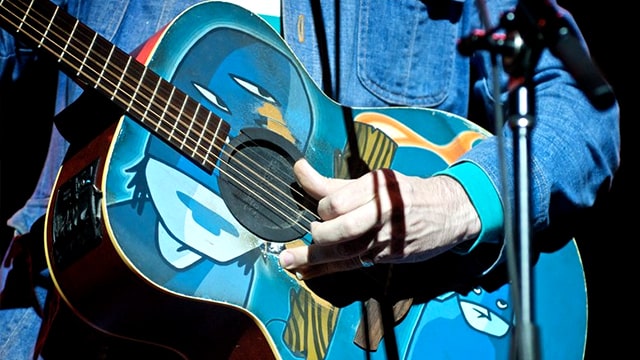 Music is food for the soul as the old adage goes. Indeed, the soul must be a very satisfied lot if this cliche? is true and if the growing number of genres and subgenres of music are anything to go by. The music industry has undergone a complete metamorphosis in history to its status. Modern musicians owe their predecessors much as the latter were their pathfinders. The vibrancy of the industry has a long history with each genre and subgenre claiming varied origins and developments. This paper traces one of the subgenres of the alternative rock music, the Indie Rock, from its humble origins to its exploits in the era of the new media. As hinted above, the Indie Rock is a sub-genre of alternative rock that has its origin in the 1980s from the United Kingdom, the USA and Canada. Its mother, alternative rock had begun in the 1970s and had witnessed a rise to fame of several bands like The Cure, Joy Division and XTC. In its original form, Indie Rock was used to denote record labels and eventually as the music they produced. The term was also used in place of the alternative rock. Its roots in the US are linked to a stream of punk and grunge bands that cropped up in the 1980s while in the United Kingdom, Indie Rock began can be traced from the Britpop bands that characterized the rock music around the same era (Allmusic, 2011).

Best time for the indie-rock music

In the 1990-s, Indie Rock came to the limelight. In its independent nature, it identified acts that, in their operation, retained an underground and outsider outlook. Several sub-divisions came in the subsequent years as a result of the growth of this sub-genre. This included C86, noise pop, garage punk, sadcore, grindie, dance punk and post-punk rival. In the dawn of the new millennium, the music industry underwent a major "face-lift" due to the growing use of the internet to channel music products. This wave of change did not spare the Indie Rock, which consequently experienced an increase in the sales. This has attracted critics who think it has lost its originality as a sub-genre devoid of all the mainstream show-biz interactions acts. The Indie rock sub-genre of alternative comes from the term "independent". It is a description of small, low budget labels on it was released as well as an attitude of do-it-yourself adopted by the involved artists. According to AllMusic, an online music database, Indie rock artists may strike deals with mainstream recording labels for distribution. However, the autonomy of the artist to explore sounds, subjects and emotions that have a limited appeal to the large-scale consumers are given a priority. AllMusic notes that Indie rock music is characterized by styles that are "too sensitive and melancholic, too soft and delicate, too dreamy and repetitive, too raw, shrunk and abrasive... too indirect and fractured in its song structures, too influenced by experimental or otherwise unpopular music styles."

Apart from these properties, Indie rock is known to be a home of a wide range of styles that range from hard-edged bands to punk-folk singers A striking characteristic of Indie rock music is its dominance by female artists as compared to the preceding sub-genres of rock music (Leonard, 2007). This is evident from the large number of music acts of the Riot Grrrl subdivision of Indie like Huggy Bear, Bikini Kill and Dresch. The Indie rock is also characterized by bands that develop extensively on the local scene with enough fame to keep them surviving in their countries yet unknown across boundaries. It is mostly a taken a reaction that is contrary to the "macho" culture which developed in alternative culture. As aforementioned, the origin of the Indie rock dates back in the 1980s with the term indie comfortably interchanging with alternative rock. Before the indie rock hit the music scene, college rock had been a dominant subgenre and was popular in college radio playlists" featuring bands such as R.E.M of the US and The Smiths from the United Kingdom (AllMusic, 2011). Such bands were instrumental in inspiring guitar based jangly pop. Bands that owe their rise to this college rock include Let's Active and The Housemartins from the US and UK respectively.

The split of indie-rock into different sub-divisions

The 1980-s also saw the rise of noise rock, a sub-division of indie rock. This was a rasping and cacophonous outgrowth of punk rock. It laid emphasis on loud indistinct electric bands and dominant drums. Several bands that incorporated this music sprang up. These included bands like Swans, Butthole Surfers and Sonic Youth. The 1980s also saw a growth of a number of indie record labels that rose to prominence in the US. These labels were spread in the major states and cities like Chicago, (Touch and Go Records), New York City (Matador Records) and Washington DC (Dischord Records) to cite but a few. The UK did not lag behind either. Bands such as The Pastels, The Wedding Present and Soup Dragons had a major impact on the development of indie rock (Allmusic, 2011). A trail of prominent record labels like Bus Stop and Sarah also cropped up in the United Kingdom. Bands were well known for fusing several styles to come up with a new effect. Such endeavors were characteristic of the Jesus and Mary Chain and New Order bands. The key musicians of this era include Orange Juice, Aztec Camera and Josef K. The indie rock and to an extension the alternative rock music underwent main changes in the 1990s. Several bands that initially had worked as "indies" entered the mainstream scene. These included grunge US bands like Pearl Jam, Nirvana and Soundgarden. The result of their triumphant entry into the aggressive and competitive market was a limp in commercial sales and a guaranteed widespread publicity.

Indie-rock development in the UK

In the UK, similar developments were taking place. Britpop bands such as Oasis and Blur went mainstream. They abandoned the local small-scale and political scene of the 1980-s indie rock. All these changes of events led to a loss of the original meaning and consequently its culture-deviant nature. The meaning it picked was one of a mainstream band that still was committed to its independence. Moore (2009) puts it clear that because of the entry of indie rock into the mainstream market, it became a form of rock that, in his words, "drew on rockability, swing, country music and garage rock". As the 1990-s geared to an end, several sub-genres and linked styles of indie rock developed. To add to the pre-existing list of indie pop and dream pop, new sub-divisions like sadcore, lo-fi, and guitar-based math rock. Key bands of this era include Talk Talk, Spectrum, Elf Power and Tortoise. The new millennium has witnessed the tremendous change in the music industry. Many of them have positive but not altogether unmarred. To begin with, this era has seen the dream of the world becoming a global village being actualized by the widespread usage of the internet for connectivity. This has made the web a handy tool for promoting music through online marketing of music products. While this might be a good gesture, it has put indie rock on the cutting edge and indeed threatens its extinction because most of the bands of this genre have been hit by a wave of digitalization and have taken advantage of it to go mainstream yet clinging to the original prestige of the indie rock culture. Such bands include Jet, Emo, Arctic Monkeys, Jet and Arcades Fire with the latter topping the Billboard in 2010 and subsequently winning a Grammy Award for Album of the Year (Smitz et al, 2005).