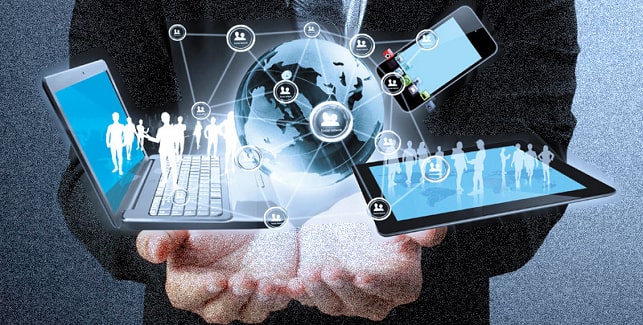 Political socialization is defined as a way through which adolescents and children acquire political behaviors, cognition, and attitudes. The acceptable behavior and norms necessary to run a political system, get transmitted between generations. Due to political socialization, individuals get to understand the political culture and they acquire orientations in relation to political objects. It has been found that Information and Communications Technology (ICT), for instance, the internet and the social network sites such as Twitter, Facebook, MySpace, and text messaging facilitate political socialization in developed democracies (Cammaerts & Carpentier, 2007). According to Thurlow (2004), Internet has been found the first and foremost communication technology, which has potentially changed the social interaction of people. This is the most important implication of the predominant use of the Internet for communication. Social interaction with friends and family is considered the most pleasant experiences in life.

Advantages and disadvantages of ICT on political socialization

Social interaction over the Internet has been associated with individuals' commitment to organizations, neighborhoods, and groups, with their attachment to social norms, and feeling of meaning in their lives. The interaction over the Internet facilitates the exchange of information within organizations, development of group affiliations, and the formation of new organizations and groups (Hampton & Wellman, 2003). In the process of social interactions, individuals get to understand the political culture and they acquire orientations in relation to political objects. The use of Internet and sites such as Twitter and Facebook allows people to maintain or establish relationships with others. These sites can be important in connecting those individuals with common interests such as politics. The users of these sites can be able to meet new people as well interact with the individuals they have already met physically.

However, the internet and the social network sites such as Twitter, Facebook, and text messaging have also been found to impact negatively on political socialization. According to the views of some individuals, intensive usage of the Internet results in withdrawal of individuals from public life (Thurlow, 2004). It is possible that the real-life interaction among the Internet users will reduce significantly because most of the Internet users will spend much of their time with their computers and therefore do not come out of their homes to interact with people physically. Because the young people intensively socialize over the Internet, they have been found to display reduced levels as far as political participation is concerned (Hampton & Wellman, 2003).