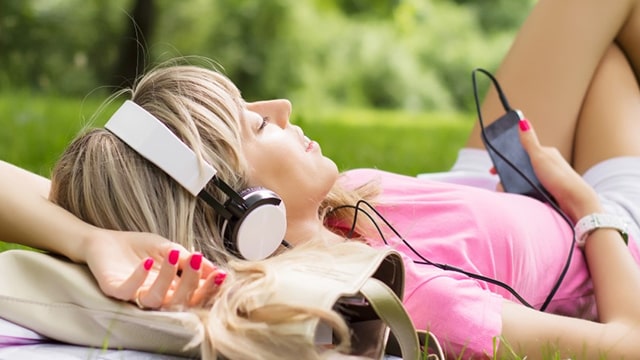 In the current world, there is so much music. Music is part of individual every day's life. The list of music is un-ending and includes Rhythm & Blues, pop music, and disco, dance music of Punks, jazz, rap, black music and hip-hop among others. Music is of the essence in different fields as well as aspects of life. It can be easily noticed that music influences an individual movement and behavior. Nowadays, technology has brought about portable devices as well as all-in-one devices that have music systems. Teenager, as well as other people, listens to music from their mobile phones. People listen to their favorite lyrics everywhere, in the subway, in the streets or even in their classroom. Music that a person listens to influence him/her on different personal aspects including behavior, mind, lifestyle, and mood among others. In addition, their mode of dressing, hairstyle and appearance, in general, is also defined by music. The different categories existing in the society is because of music. A number of arguments have been launched on how different personal aspects such as behavior, mood, lifestyle and mind are influenced by music. The power of music has a noticeable impact on people's way of acting. This is also single-minded by the sort of music. The level in which music influence the behavior of an individual differs, in that some are greatly influenced whereas others are slightly influenced. Music also has the potential to build or destroy an individual character as well as develop a society that is fit for all. However, the level of influence is based on an individual's mental state. The paper set out to establish both the positive and negative influence of music on people (Fine and Charles 94).

The different music lyrics in the world have varying effects on different individuals. For example, music such as heavy metals affect is the individual attitudes of people. In addition, music can affect people either positively or negatively. Similarly, in some instances, music appears to have less or no immense effects but in some scenarios, it is dangerous for the young teenagers in the society. Listening to music or watching music videos consumes the considerable time of an individual time. The time spend could have been dedicated to other activities such as visiting friends or doing an income generating activity. Music also intensifies and alters an individual mood. Smart and good music has an express access to an individual emotion. These regard music as a tool for fine-tuning people's moods. Music influences an individual mood through the following ways entertainment, revival, strong sensation, diversion, discharge, mental work and solace. These strategies aim at improving and controlling the mood in the following ways; Entertainment, music is a source of stimulation, in that it lifts the mood prior to going out while washing up it passes time, it accompanies surfing the web, reading and traveling. Revival, in the morning music, revitalizes while in the evening it calms. Strong sensation, music provides thrilling and deep emotional experiences especially while performing. Diversion, music is a source of the distraction of the mind from thoughts that are unpleasant. Discharge, music that is corresponding with deeps moods will ensure that emotions are released. Mental work, music cheers up daydreaming, exploring the past and sliding into old memories. Solace, shared experience, shared emotions, an association to somebody lost (Patel 74). Music such as classical music was of the essence in streamlining the thoughts of great minds like Thomas Jefferson. This was evidence during the moment when he was writing the declaration of independence. In some instances, he could be stumped and through playing the violin, he could streamline his thoughts and boost creativity.

Music, in addition, dominates the conversation of individuals as well as being a source of ambience during social gatherings and events. In most cases, the music lyrics, as well as styles, give a definition of an individuals' group or crowds they associate with (Hanes 58). In addition, it defines the group in whom individuals run in. The personalities cum performers that are present in the music industry in most cases act as role models. They are the role model to a number of individuals in terms of their behaviors as well as their personalities in reference to their musical lyrics. In addition, the music performers cum personalities act as role models in terms of how they act in the public and dress for their fans. Normally, the young people imitate the way they dress and the type of dressing from what they see their favorite musicians wear and how they do so. Music also influences an individual memory and learning. Music such as baroque and Mozart music that have beat pattern of approximately sixty beats per minute are known for their ability to activate the right and left-brain. With simultaneous right and left-brain action, retention of information and learning is maximized. The left-brain is activated by the information being learned whereas the right brain is activated by music. In addition, activities such as singing or playing an instrument involves at the same time the left and right brain, this increases the brain's ability to process information. Music can increase and boost memory in terms of retention rate five times according to TCNDL (The Center for New Discoveries in Learning). The retention rate is heightened to 92% as evident by the system used by Dr. George Lozanov to teach foreign phrases.

Human actions and thought are greatly influenced by music. Through such influences, the behavior of a considerable number of individuals is also influenced. The people's behavior can be influenced by music either positively or negatively. The present music in the industry influences especially the young audience to involve and adapt to doing bad things and as a result, they acquire aggressive behavior. A number of music lyrics encourage individuals especially teenagers to be gangsters, to be partisan infighting as well as killings coupled with cursing other individuals. The language that is used by music personalities is abusing and encourages arrogant behavior (Rio 78). Other behaviors such as sexual promiscuity, drug and alcohol abuse as well as violence are promoted by music. The music personalities use dancing styles and wear clothes that publish immorality. They a times dance even nude or only with stripers. The nakedness and styles will initiate behavior that is destructive for the youths. The personalities are drug users and abuser hence the young people will imitate what they are doing for fame. The theme and message that their lyrics have campaign for such behaviors as sexual promiscuity, violence and drug and alcohol abuse. Music also modifies individual study habits. The individuals can alter there study habits by incorporating music as a stimulator in times of study. The concentration levels of the individual are reduced and learning interfered. When individuals play high-pitched music, it will result in eardrum damage. Some individuals especially teenagers use earphones to listen to music for a long time. As a result, in the long-run, their hearing system is damaged. Such consequences are crucial in one's personal development especially teenagers (Laughey 87). Listening to music is time-consuming. Individuals spend most of their time listening to music. The time spend on music is the productive time that should have been utilized in doing productive activities and generating more income. This may result in laziness among the individuals. Music, in addition, can also strengthen negative or bad moods. As a result, lyrics that promote themes of violence, violent crime and suicide have occasionally propelled people to get involved in committing such crimes.

The power of music cannot be neglected by anybody. The power is so immense in that it can even influence the whole society. Music has the power to heighten an individual mood, to lift his or her spirit, to affect the spiritual, physical and emotional. Throughout history, all have known the influence of music on listeners. Music was in existence even before Christ was born and its influence noticed. In the Bible, Saul stands to be an individual who demonstrated the positive influence of music. Music affects individual behavior, moods, attitudes and lifestyle. Music is so powerful, in that it can destroy or build an individual character. It can inculcate destructive behaviors such as violence and sexual promiscuity. Music publishes a world where sexual desires should be satisfied. The message that they manifest is sex at premature age is safe, normal and that everyone is having it. The present artist should ensure that their performances leave a lasting impression in the globe as well as in the lives of the listeners.