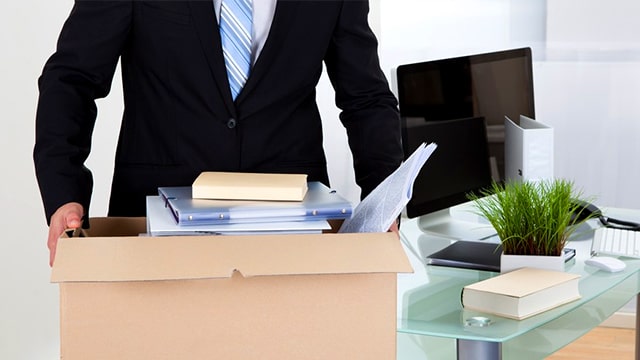 Downsizing is the process through which an employer decides to reduce its workforce in a bid to make the entity make more profits by having less staff and more output. It would be very unethical to use this as excuse fire problematic employees instead of reproaching them on their faults or come up with new ones who often need not have high salaries as the previous ones. Downsizing becomes a way of getting a collapsing company to focus more on money-making rather than dwell on losses (Gertz, & Joao, 1995). Patience needs to be practiced in such circumstance as the productivity can for a while reduce as the remaining workers start to get the rhythm of the overload, loss of colleagues diverts the mind and/or the feel of insecure about their jobs of work but once they get used to it, it starts to pick again. In as much as all this is human, there is totally no need to have too much emphasis on the loss of employees as this will just pull back the resources and progress. Before embarking on this venture one has to contact the other board of governors in a situation and analyze on whether it is the best option.

A methodology should be used to perform this task:

Assess the impact of downsizing: This includes the costs of the process, in terms of the amounts that the cuts will incur and what is meant to be the save up. Future expenses such as getting new employees after the rise of business and if the loss in the downsizing is more than is expected to be achieved, then it is not necessary to have a downsize (Cooper, & Ronald, 2000). Have the shareholders interests always first at hand and if the process will not be in their favor, it is not worth undertaking.

Reduces cost; this is seen that the extra monies that were used on the payment of having an overly high numbers of employees. The surplus can be used to make a failing business reset on growth policies. In every organization there is a ladder of rank that is used in the functioning of a business. The less the Ranks, the better the opportunity to have the customers views looked at because their grievances get to the superiors quick enough to have them looked into. It creates more focus as only serious and hardworking employees are left over from the exercise. It is assumed that competence and sanity will be resumed and in this way, there is more of a chance recovery as the remaining persons will be more determined to have better focus. The shareholders in the company are the people for any company in the sense that if they would at any time they decided to withdraw their finances from the company, there would be serious complications (Cooper, & Ronald, 2000). So this would be one of the ways of increasing their trust. The stock prices have to be in such a manner that they are affordable to the customers. The main point in having a downsizing is to have increased profits and to attain this; there should be a base on the various aspects of achieving the desired profits. There are alternatives to having to downsize workers of an organization and it is better to have in place a system that can be more profitable (De Meuse, & Mitchell, 2003). There can be new employment policies such as placing all members on quarantine such that they are only slowly expelled by there being slow or almost minimal returns from the parties.

This way, they are challenged to do their best to reduce chances of going home and in the long run eventually, one does not have to get any workers fired. Reduction of hiring new workers especially if the company is quite large and can do without the new workers. The monies are used for other more useful purposes. The same goes for the part-time employees and it is better to only have the permanent workers on board as they are more efficient and work full time as compared to the latter. Interns on pay should also be reducing in number for proper finance use (Carter, 1999). Having transfers to the areas with less staff from the overstaffed areas equates the work output. This is efficient to make the staff to work at equal effort without being overworked. Job sharing will also come in handy when there is more of an effort to helpful in departments with more and trivial work. This is best suited for the fast rating of jobs and prevents delay of urgent issues. Not everyone can be in the high ranks so demotions and fewer promotions will reduce the surplus money used for restoring a business that is on the down low. Reduction of the overtime hours equate to the reduction of the overtime pay. 8hours are enough to be used effectively on an office and all the work should be done within that specific time frame as there are people who are sluggish during the working hours just so that they can get extra money for working overtime. Anyone noted for such unethical and incompetent behavior should be apprehended and eventually fired as it is those likes that reduce income rates for the companies. Vacation and leave days should be used to get the best of the workers and in this sacrifice, the company upon creating profits should begin a profit-sharing project with its workers as a way of enticing the workers. Retraining the staff on the changes in the field is way better an option than having them replaced. In any case the knowledge from past experience and the new gives the company very good setting for its success (Gertz, & Joao, 1995). Voluntary resignation for people not ready to compromise with the new tactics of work should be accepted least they decide to malfunction the company.

The company can face consequences of both extremes which are: saving on costs but only for a time before the expenses and the business starts to resume profitability. Depending on the effort put, there can be either a positive or negative effect on the values of the companies by having to undertake a downsizing (De Meuse, & Mitchell, 2003). Reputation is a thing that every company aims to keep at a level best as negative reputation reduces customers while a good reputation for a company increases its sales. Reputation is also as per how the staffs are treated if with dignity, the consumers feel that it is worth their time (Gertz, & Joao, 1995). A good example is of a cloth line design that used and ill-treated children in the making of their clothes and when the world got to know of this they stopped purchasing their products leading to a bankruptcy and an eventual closure of the company.

These are mostly used upon retirement. And if the company is always downsizing the workers then they do not get to enjoy the benefits which are contained in the employment laws. So instead, short-term strategies are used to improve on these aspects. Workers need to be secure at a place where their needs are looked at as they are the main pillars of any companies without them, there would be no products. Motivation: can lead to disparagement; having no will to work the employers can lose moral of working as their mid sets have been disrupted to think that they are going to be fired any minute. For proper efficiency in any working environment, there should be the security of jobs and thus the workers do their work efficiently (Cooper, & Ronald, 2000). This can have a negative impact on the customers as those serving them are half-hearted about the work. Depression and stress can be noted amongst the workers left as there is more of working hours and less time for recreation and hence leading to poor health and productivity. Then this way, the workers miss work which only worsens an already bad working environment. Early retirement becomes an order of the day as the workers at times are sure of the failure of the company and this way, the crucial memory holders of the companies other than the paperwork end up being lost (Gertz, & Joao, 1995). New employees have to now start from scratch as it takes longer to really get a good grip on the company. A company can decide to sell out some of its shares to the public as a way of increasing money to the company and in this way, it is more challenging as some of the employees will end up buying the shares and would be difficult to deal with them especially if they are subordinates (Cooper, & Ronald, 2000). Downsizing will work best when there are better employment strategies to avoid the employees who feel that they have been wrongly fired from suing the company as this would now result in more losses than there are. Healthy downcutting can be achieved only if there is more of an equal reduction in the sectors that are more affected by the recession which is mostly the main cause of downsizing.