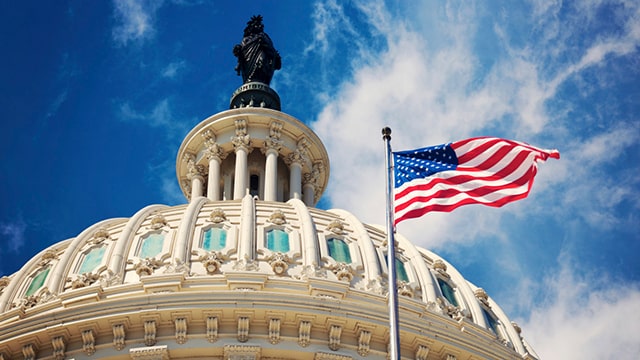 This paper explores more about the American constitution and tries to see whether it was a revolutionary document or otherwise. The United States Constitution was a mostly viewed as being anti-revolutionary or reactionary characteristics though to some extent it contained what could be thought to be some revolutionary ideas. Reactionary is used to refer to conservation of ideas. On the other hand, revolutionary refers to advancement towards fresh ideas. Socially, the constitution was anti-revolutionist as it denied women, Native Americans their voting rights. The constitution retained many traditions that had been put in place by the British such as slavery which was retained in amendments in 1865. Also, the Native American population was not acknowledged as United States citizens until the 1924 Indian Citizen Act. Women were denied the vote until the 19th constitutional amendment in 1920. After attaining independence the United States government continued to support the industrialists which had been introduced by the British at the cost of the south and the west farmers. The people responsible of engineered the United States Revolution were thorough revolutionaries and after the completion of the revolution, the reactionaries put laws in place to keep them from arranging revolution in American Constitution. The Constitution, however, did include one area where it exhibited a revolutionary characteristic. The organization of the United States economy changed right away after attainment of independence as it was free to trade. Also, the right to defend northern exports is firmly backed by Elastic Clause. The Constitution writing process led to the emergence of political parties which debated the creation of anew government. The reactionaries and revolutionaries still argue on the constitutional interpretation to this date and on how the government functioning should be.

What were the political and economic processes that led to the Civil War? Do you agree or disagree with the historians that argue the Civil War was "inevitable," and why?

A civil war can be defined as a war between various groups in the same country or a war between two countries formerly of a united nation-state. The political processes that led to the civil war in America emerged due to the dissimilarity between the North and the South. The northern Factories developed, while on the other hand, the south large plantations of cotton developed. The owners of the Southern plantation depended on slave manual labor to grow economically. The Northern politicians passed heavy taxes on the European goods so that to prevent the Southerners from obtaining the goods from the North. The Southerners were angered by this taxes and felt that it was unfair. They supposed that the individual states had rights to overturn, any law passed by the Federal government. However most Northern believed that "nullification" accompanied by "states' rights" would weaken the United States and were against the ideas. This pulling between the North and the South eventually reached its boiling point escalating a war between them. The 1837 Panic and the resultant depression started to gnaw like hungry animals on the American system flesh. The inequality between the northern and the southern economies was exacerbating. After the prosperity of the Southern economy after the depression, Southern cotton selling abroad totaled about 57% of all the United States exports before the start of the war. The 1857 Panic confounded the North while the South was left virtually untouched. The conflict on rich agricultural South and the poorer, industrial North was further intensified by the abolitionists who weren't above the using class effort to add to their cause. The American civil war was unpreventable given the circumstances that led to its birth. The three major causes (violation of civil liberties, the breach of the states' rights, and also the crumple of two-party structure) made the Northern and Southern conflict almost unsolvable.

Many people have argued that "Lincoln freed the slaves." Discuss the merits and/or shortcomings of this position

When Abraham Lincoln met Harriet Beecher Stowe and remarked that she was the one who had made the Great War. She had written a novel which was against the forcing of people to live like chattel which meant the poverty that people were living in. Some southerners were in defense of ending the slavery trade and based it on social and economic grounds. The senator of South Carolina supported this as being "positive good". Others also supported this on the example of a Nat Turner who was a well-treated and a literate slave who prompted a rebellion in the year 1831 and this resulted to the massacre of almost sixty white men, children and women. Two hundred black people died due to mob justice. The people who feared the emancipation of slaves due to the possibility of the revenge of Turner's slavery were the "wolf by the ears". As the morality and legality of slavery remained the topic of argument, in the considerations of the economics of slavery, this had an impact on the human civilization and also their progress, personal experiences to both slaves and the slaveholders resulted to the opposing sides to gist away from the resolution which later resulted to a sectional crisis. This was a lesson to explore the defenders and also views of the America's strange institution. Some people on the Northern state argued that the fugitive Law was very unconstitutional since it took away the rights of the state concerning legislative of fugitive from slavery. Many of the Northern states passed the Law of personal liberty which enquired the jury to accuse the black of being fugitive slaves and making the recapturing of the fugitive slave to be a kidnapping offence. Some argued that the fugitive slave Law was important since it protected the rights of their property and it was necessary for it carried out the provision of the constitution concerning fugitive labor.

How did the popular conception of business and the proper role of government in the economy, change from the "Roaring Twenties" to the New Deal (during the 1930s)?

In the year 1932, the people of the united state of America wanted a change and they elected the new leader. Franklin Delano Roosevelt was elected as the new leader and after his election, he made some changes which made the people very proud of him (Lewis). The first phase concerning the new deal concerned trying to a something. Roosevelt had on idea how he was going to deal with the economic crisis. But this did not put him off. He encouraged himself by saying that he would meet all the days troubles as they approached him. Laws were passed against his wishes but this did not kill his morale. His contribution to the new deal and also his dynamic leadership and his political skills happened to be his "try something philosophy". The new deal had three main objections: relief for its victims, the economic system and recovery from the depression. The legislation reflected on these purposes. During the first phase, the dominant purposes were the recovery and the relief. In this period he and his advisers suggested that through a series of temporary maneuvers they could have the economy being in a higher gear and then it would carry its self in its own momentum. The first Deal did not much different in purpose and also according to Hoover's philosophy of stemming the depression. During this period Roosevelt resembled Hoover to seek for support of the business community. He spoke of alliance of business and also banking, industry and agriculture, capital and labor. His main purpose was to save the capitalization system. The main difference from the previous administration was in the scale and also in the variety of its legislation and the willingness to carry full power of federal government. Even though the new deal brought jobs and relief to many Americans the people it did not end the depression. The depression ended due to the 2nd world war.