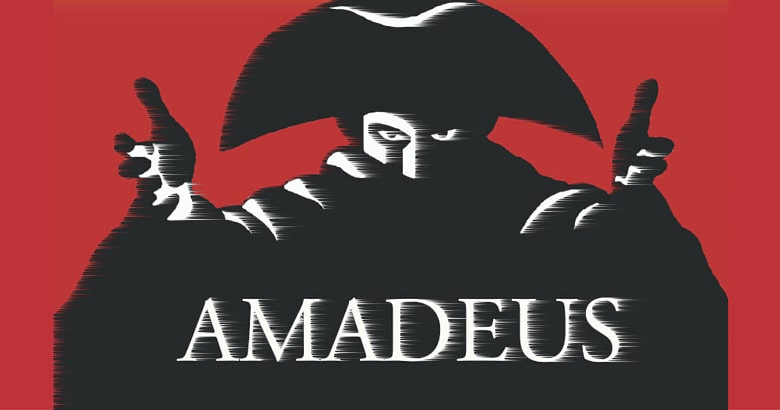 In the movie, "Amadeus", the director uses Mozart and Salieri's music as an additional protagonist. The director shows a human facet that cannot be gained by simply paying attention to the music. It shows a struggle in life to provide for the family and make gains from the music.

Music in the movie is everything as it drives the plot. It is both representative of the time and the main form of entertainment of the time which is also part of the Mozart and Salieri. Just like many other artists of the time, the protagonists become famous (Forman Scene1-3). All the same, there is a driving conflict in the movie that progresses all through.

There is a competition in which Mozart is involved. It is a competition that also includes many other prestigious composers of the time. It was indeed a very difficult task to make a living out of the business; a humiliating affair to the family at large. There is an evident role that the family could have played in both assisting and hindering the music composition (Academy Awards Acceptance Speeches).

Well, the overall production quality is characterized by a classical spirit representative of the period towards the end of 1700 in Europe. Huge social gatherings emerged in a way to demonstrate their wealth and class. At the same time, an increasing demand for composers and music pieces came up (The Making of Amadeus). The hiring of composers for specific functions and the competition for such events creates high expectation for the audience. The partnership of the composers and performers stands out in modern musicals. With a whole orchestra, Mozart succeeded in producing great quality pieces of music. Such was the quality that made the music pieces feature in the plays that Mozart was commissioned for.

The only disturbing thing would be with the lengthy story characterized with some lengthy part of his music (Forman Scene1-3). The audience could be distracted by the music when there is a dialogue and make them easily forget the events in the plot while the music played.